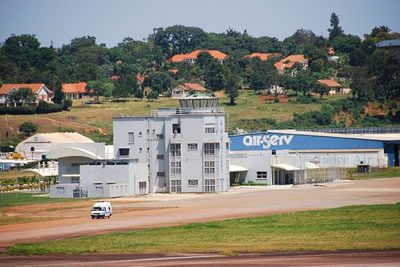 From Entebbe to Ndali

In the summer of 1976, an Air France flight en route to Paris from Athens was hijacked. Uganda's homicidal dictator, Idi Amin, invited the hijackers to Entebbe, where they were given safe haven and other terrorists were allowed to join them.

During a tense standoff, non-Jews were allowed to leave the airport terminal and the country, while 85 Jewish travelers and 20 others who refused to abandon them remained behind. The hijackers demanded the release of prisoners held in five countries and threatened to kill their hostages otherwise.

On the seventh day, under the cover of darkness, a plane glided down the runway unannounced and Israeli commandos shot their way into the terminal and freed the hostages, with casualties.

Amin believed Kenya had aided the rescue effort. He rounded up several hundred Kenyans living in Uganda and executed them, along with a hostage that had been taken to a local hospital prior to the raid.

Public opinion throughout much of the world turned against Amin, and though he clung to power with increasing brutality for three more years, he was eventually driven into exile.

We landed three days ago at the Entebbe airport, where we were met and driven by that original terminal, still standing but now adjacent to the headquarters for the United Nations' peacekeeping operations in Somalia, Sudan and DR Congo. It is fitting that Amin's terrorist sanctuary is now home to the world's efforts to combat terror in Africa.

We left the airport for Kampala, the capital city with a population of 1.2 million, driving on potholed roads lined by tiny shops and houses.

Every vehicle we saw -- trucks, vans, cars, scooters and bicycles -- appeared to be loaded to maximum occupancy, times two. Midsized cars with 10 passengers, vans with more than 20, even trucks with their cargo holds filled with freight had people hanging on at the top, for dear life.

Our driver dodged the ruts that he could and slowed down for the others, constantly swerving to pass bicycles and slow-moving vehicles. Up and back, left and right, we lurched in our seats, what one Tanzanian guide on an earlier safari had called "an African massage."

We spent our first night in Uganda at the Kampala Serena Hotel, a surprisingly luxurious, 5-star property with a gracious and accommodating staff. The hotel has multiple restaurants and lounges, a full-service spa and two large, palm-lined swimming pools. With an early wake-up call and long drive ahead of us, we dined at the hotel's gourmet restaurant, The Pearl of Africa, where the food and service were exceptional.

The next morning, we met our driver/guide for Uganda, Steffie, left the manicured grounds of the hotel and were quickly engulfed by a sea of humanity. The road was packed with cars, taxis, scooters, bicycles and throngs of people.

The main highway exiting Kampala to the west is two lanes wide but is frequently missing even a hint of pavement. Every few miles we passed a village with small shops and businesses, homes about the size of a two-car garage and a vegetable stand, all hugging the main road as if it gave life itself to the countryside.

There is red soil in this area and almost every structure we passed was made of red bricks. Dust kicked up by the traffic hung in the air and covered everything and everyone near the road.

Despite recent economic growth and progress under the current president, Uganda remains one of the world's poorest countries. Motorized vehicles of any type are financially out of reach for the vast majority of Ugandans, so many ride bicycles or walk.

Even in the countryside, where villages may be miles apart, the roads are always lined with walkers, frequently balancing produce or firewood or jugs of water on their heads.

We drove west nearly the entire width of the country, which took about seven hours, including a stop for lunch. Steffie interpreted what we saw and patiently answered our questions and we absorbed as much as we could.

There were forests of eucalyptus or pine and occasional fields of papyrus. Most people here are subsistence farmers, and much of the land we passed was carved into small patches of plantains or bananas, with a couple of goats or chickens on the loose.

White people (bazungu) are still rare in Uganda, especially in the countryside. Extended Toyota Land Cruisers (the vehicle of choice for safari operators throughout Africa) are just as rare, and the combination drew curious stares wherever we went.

In the villages, almost everyone would try to peer into our vehicle and when meeting our eyes, smile and wave. We smiled and waved back, flattered by the attention but embarrassed to be riding in comfort amid such poverty.

This is something you must come to grips with anywhere in Africa, the enormous gap between the haves and have-nots. It is always on display, and the vastness of the need is always felt. For the poorest of the poor, there seems to be no way up, and no way out.

I could not help thinking that, but for a lucky birth, one of these villages might be mine.

In the late afternoon, we arrived at the Ndali Lodge, which sits on the rim of a volcanic crater, overlooking a lake nearly 400 feet deep. There are eight thatched-roof bungalows, a comfortable gathering room, a dining room, swimming pool and two shaded patios, high above the lake.

We were met in the parking area by the gregarious English owner, Aubrey Price, and staff carrying cool, moist towels and refreshing fruit drinks. Escorted to our bungalow, we were delighted to find it spacious and inviting, with two canopied double beds (complete with mosquito nets) and a covered front porch looking out at the Rwenzori Mountains, also known as the Mountains of the Moon, on the border with the DR Congo.

Price inherited the lodge from his father, who in turn got the land from his father. When Amin came to power, he seized this land, along with land and businesses owned by other immigrants, and expelled entrepreneurial Asians and Europeans from the country. Seized land became non-productive and the businesses folded, a disastrous blow to the country's economy.

When the current president, Yoweri Museveni, took over in 1986, he invited anyone who could prove they had had their property confiscated to return and reclaim it. Aubrey's grandfather did just that, and Aubrey's father built the lodge.

Over the years, Aubrey and his family have become a major, positive force in the local community with their benevolent activities directed particularly at local schoolchildren. You can read more about those efforts on their Web site, ndalilodge.com.

One of the most endearing features of Ndali -- at least for people like me -- is its lack of electricity.

There are solar-powered lights in the bungalows that last long enough for you to shower and get in bed in the evening (as long as the day was sunny), but the main lodge and dining hall are lit only with candles after dark. It's perfect mood lighting in which to enjoy tasty British dishes and Aubrey's tales of witch doctors and life in the Ugandan outback.

The first two days of our trip have been a cultural exploration, fascinating and invaluable in trying to understand where Uganda has been and where she is headed. Age-old memories of Idi Amin are being replaced by the images of smiling children and a country still climbing from the wreckage Amin left behind.

I'll sign off now from the back veranda of the Ndali Lodge, where we are enjoying the warm breeze of an African evening and shimmering moonlight on the crater lake below.

With luck, I will dream of tree-climbing lions and gorillas, for tomorrow our safari gets underway.